We left home on a Friday afternoon, headed for Saint John and a quick overnight visit with the family.  The week before, Elva and I picked up required travel medications, including flu shots.  Exactly one week later, I came down with a nasty case of guess what: the flu!  Ten days later, I’m still coughing, but I guess I’ll live.


The plan for our first full day was to drive from Saint John to Scranton, PA.  We hadn’t planned on a snow storm, but that’s what we encountered in southern Maine, and we drove through it in MA and CT before finally coming out of it near Hartford.  It was like suffering through purgatory on the way to the promised land, without any indulgences to speed the journey!  (Those of you who are unfamiliar with the term "indulgence", in the Catholic sense, can learn all about it at http://www.newadvent.org/cathen/07783a.htm.  Is it any wonder we Catholics who grew up in the ‘60s are a little screwed up!)


Exhausted after fighting our way through endless lines of traffic, we pulled off the highway at the curiously-named Fishkill, NY, had a bite to eat at our favourite roadside place, Cracker Barrel, and settled in for the night at a nearby hotel.  By the way, we now book our hotels using Expedia on the iPhone, and are quite pleased with the service and the prices.


The objective for the second day was Charlotte, NC.  It was cold as hell when we got in the car and drove onto the highway.  We’d decided to take the long way around to avoid Boston, New York, and the George Washington Bridge, having learned our lesson the last time.  Not far down the road and not long after entering Pennsylvania, we ran into more snow, and this time the road was glare ice.  One hour of this and I was damn glad to put winter behind us before we hit the MD border.  We drove through WV and VA, and then crossed into NC.


Before leaving home, we retired our old GPS and bought a new one, a Garmin Nuvi.  It gives current speed, speed limit, and arrival time, has a really good visual display.  What an amazing little device!  The GPS told me we could get to the Concord Mall before the Bass Pro Shops store closed, so we booted ‘er and got there in time to pick up a few things we needed for the trip, including juiced-up insect repellent with 40% DEET.  By the way, Bass Pro Shops is the ONLY store I like! 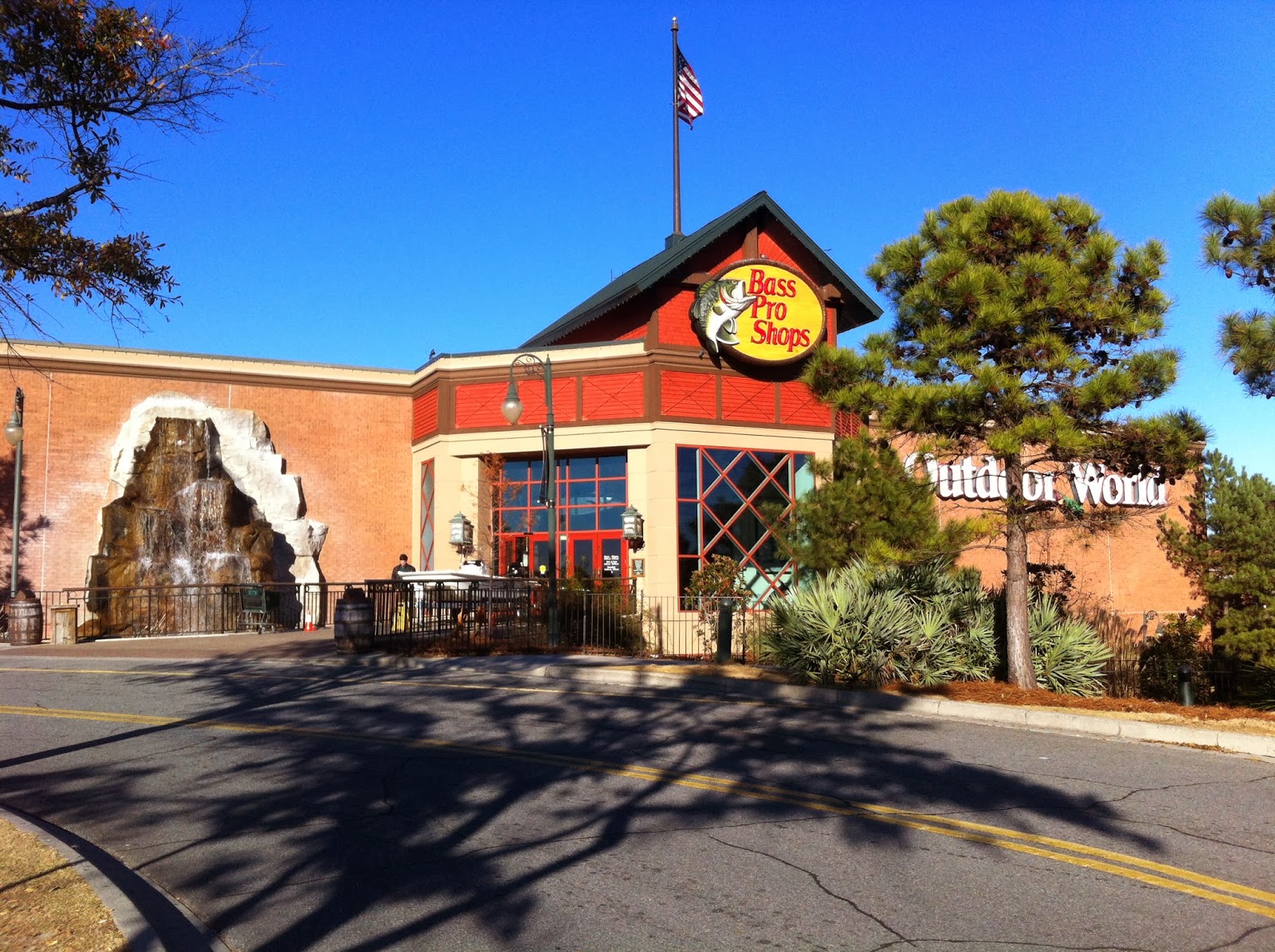 After getting one hell of a deal at a Courtyard Marriott with our handy-dandy iPhone, we settled in, knowing we only had to drive about four hours the next day to our next destination, Savannah, GA.  Savannah is one of our favourite American cities.  The last time we visited, Elva’s mother was very sick and, as a result, we were somewhat preoccupied.  This time was different, and the 20 degree weather didn’t hurt! 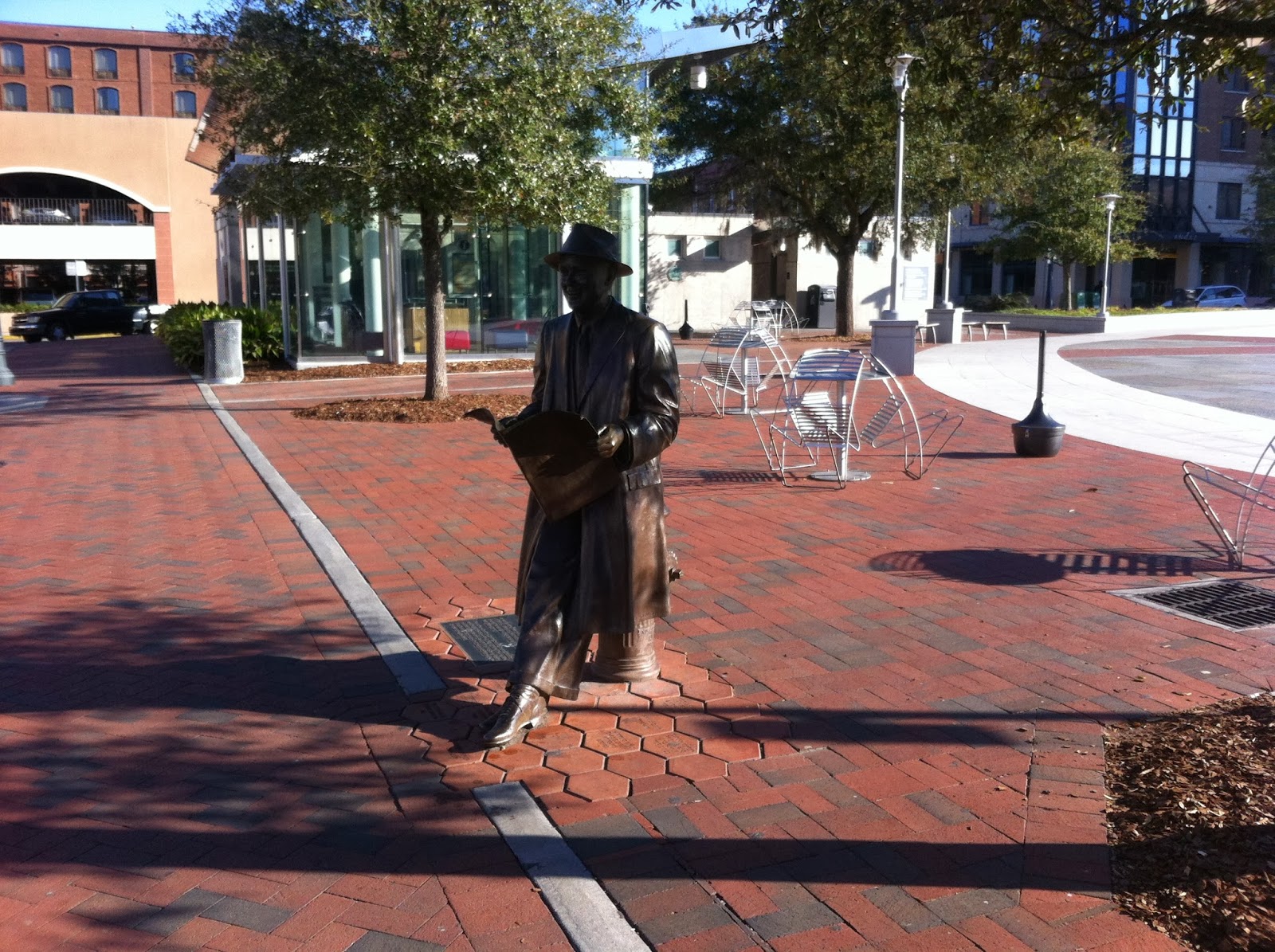 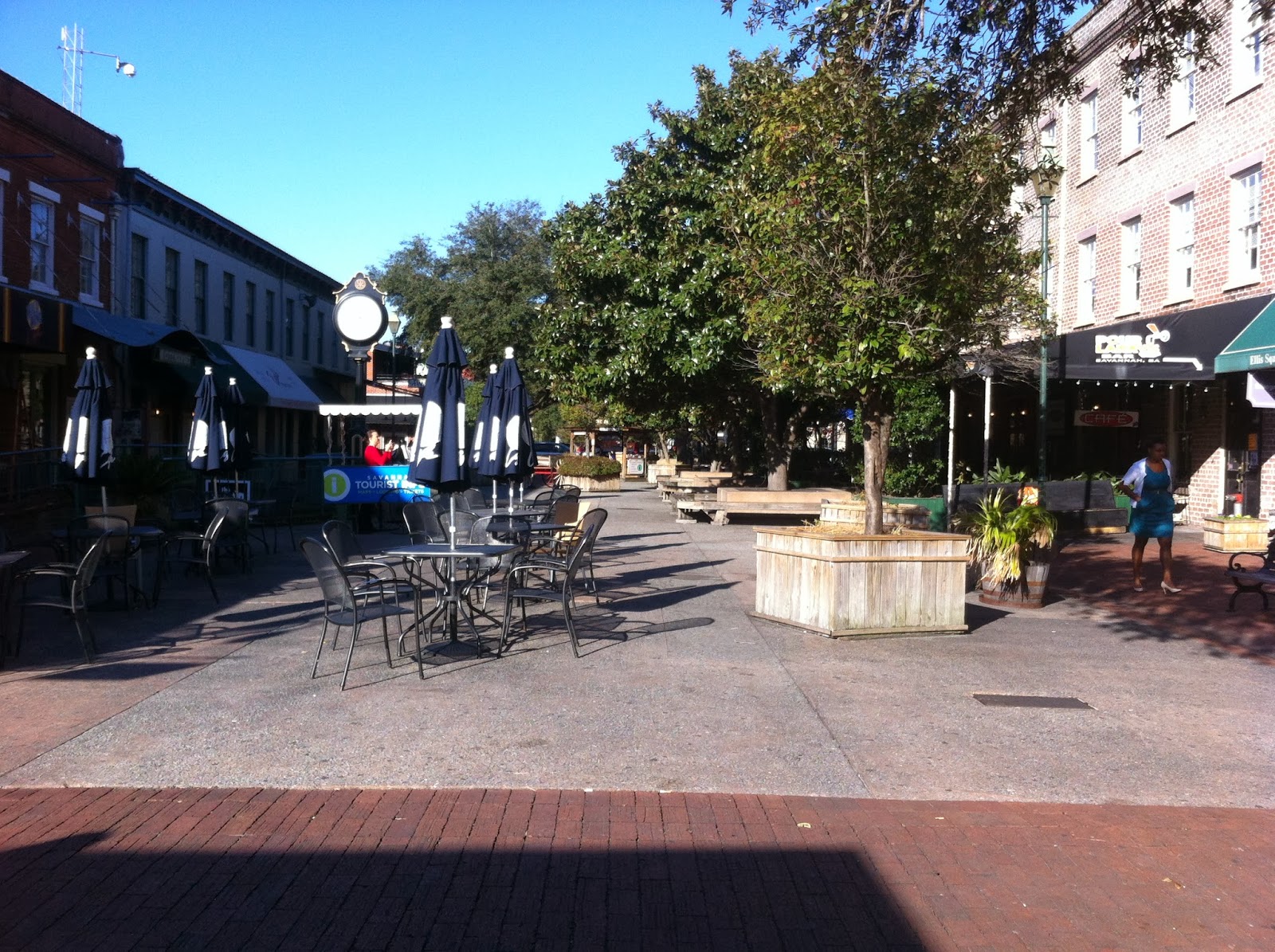 On our second day in the area, we decided to take a drive north to Hilton Head Island, SC.  Nearing the place, we noticed something very different.  It has all the chain stores, restaurants, malls and services of any other resort area, but they’re all tastefully screened by treed buffers on all sides.  Imagine!  A planned resort community.  The whole island is very high end, with an abundance of golf courses, hotels and condos, but it’s much more attractive than other places we’ve visited in the US.  We checked on monthly condo rental options, and even visited a cycle shop where we were treated like they treat us at MacQueens back home.  Bottom line, this is a place we might come back to for a month or two.  We even decided exactly where that might be: it’s called Shelter Cove. 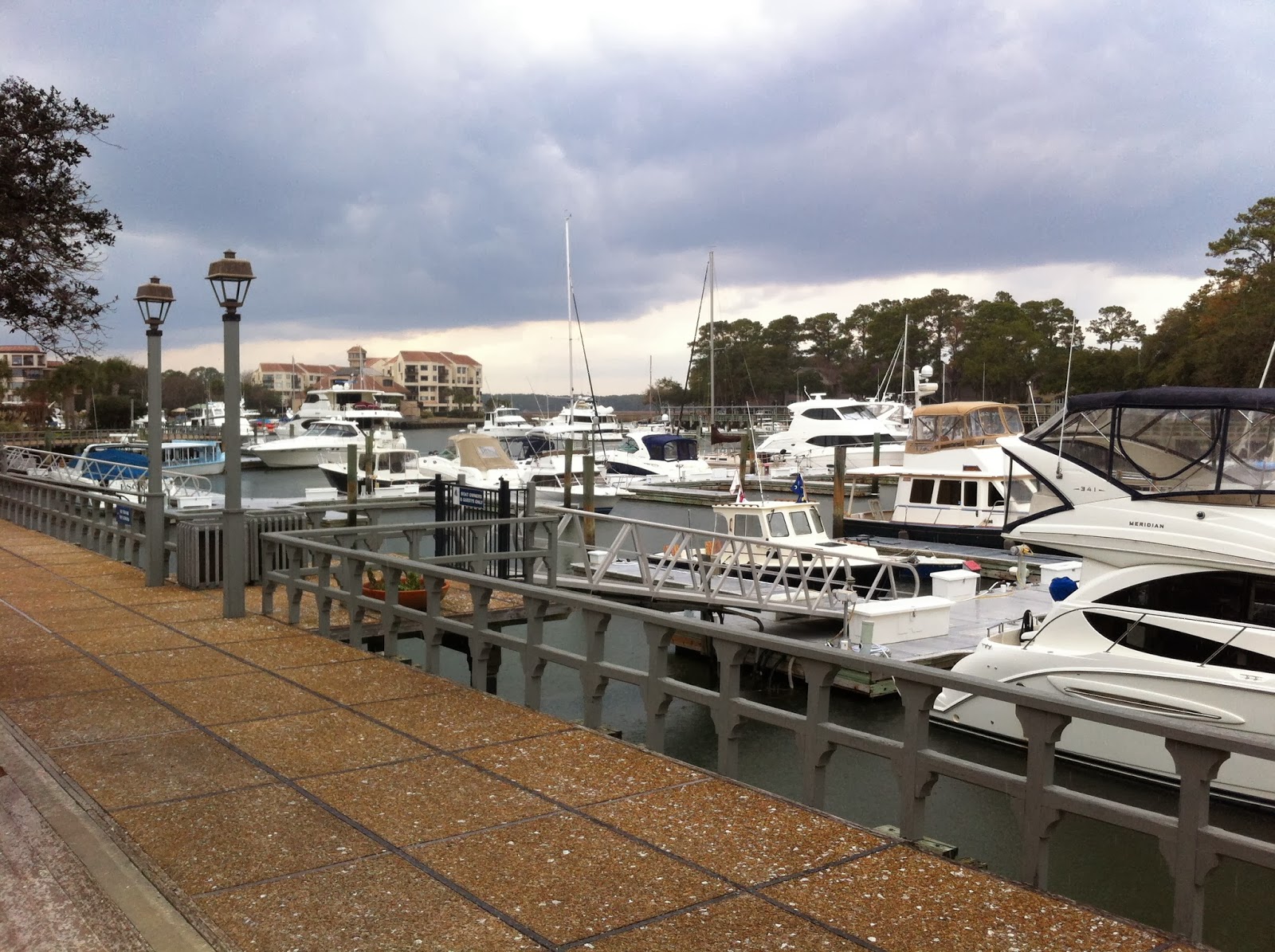 We left Savannah behind and drove to Orlando, starting point for the Central American portion of our adventure.  Up bright and early, we took the shuttle to the airport and boarded the plane for Cancun.  It was our first experience with Jet Blue Airways and we have nothing but good things to say.  They got us there on time, and the on-board service was very good.

The airport in Cancun can be a chaotic place, but things were farily calm when we arrived.  We weren’t able to find the bus terminal, so we took a taxi to Playa del Carmen, and were met at the bus station by our hosts, Cheryl Stead and John Cox.  After settling into their beautiful condo, we accompanied them on a walking tour of downtown Playa. 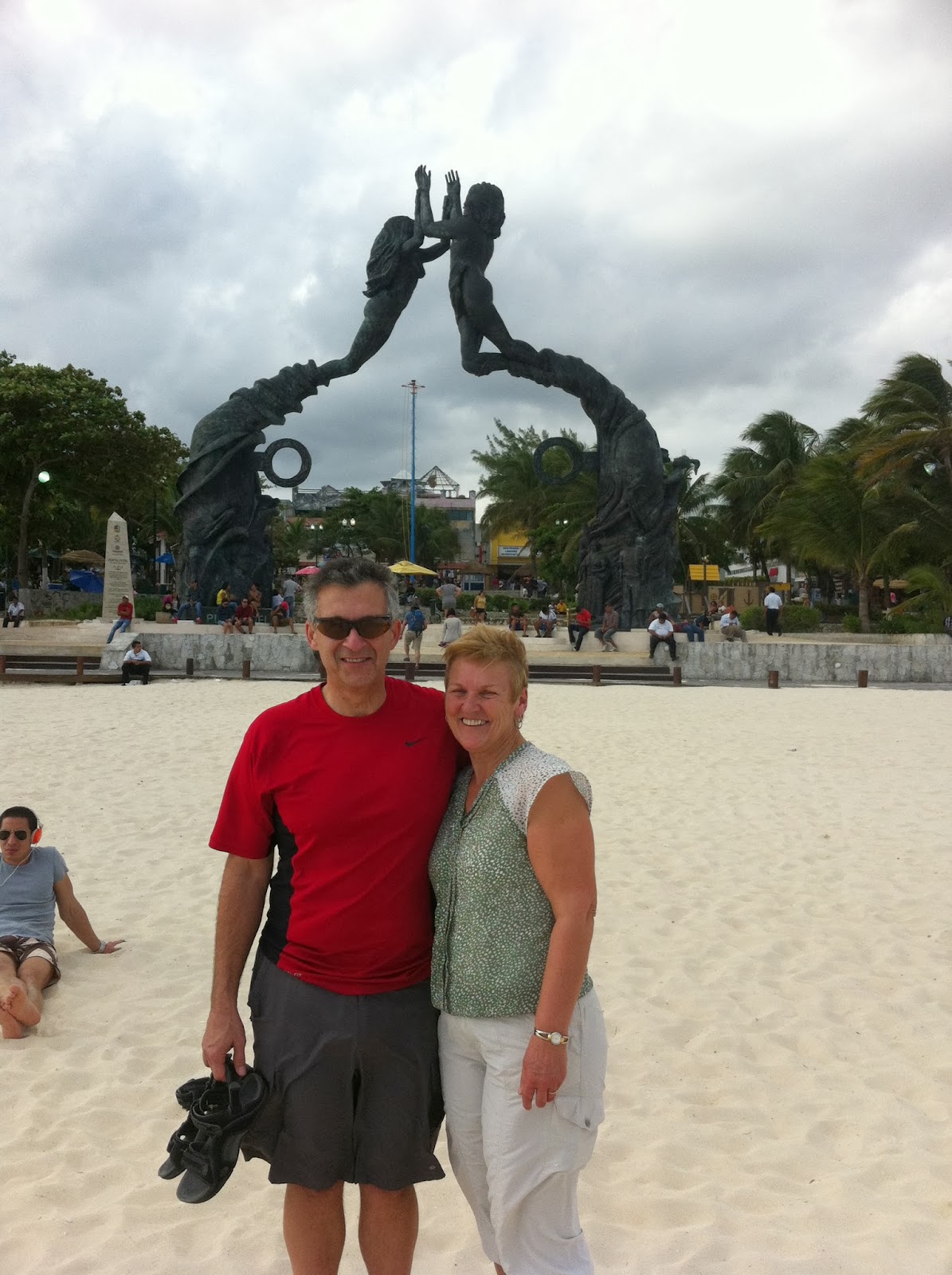 The place is developing rapidly and has been transformed by tourist dollars from a sleepy little fishing town to a bustling resort area.  It does have a certain charm to it that you don’t find in Cancun.  Cheryl and John’s place is a five-minute walk from the main pedestrian thoroughfare, 5th Avenue, and just a few more minutes from the beach.  It’s a little bit of paradise really. 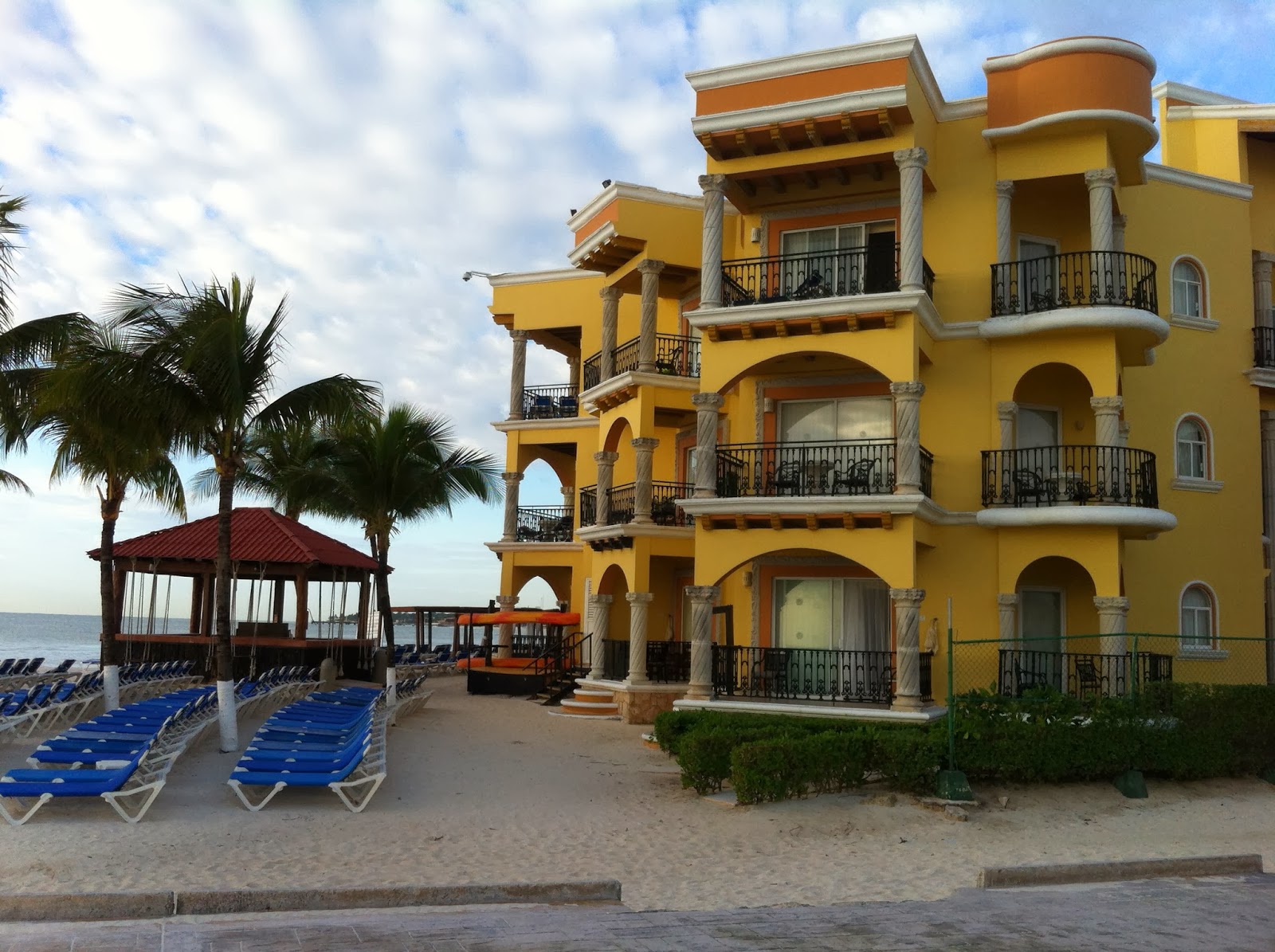 The next morning, John and I walked along a practically deserted beach at 7:00, past resorts and restaurants, looking across the water at cruise ships docked off Cozumel Island.  The four of us strolled around the downtown area later that morning, picked up a few things at a small market, and stopped for a coffee.  That evening, we had a delicious meal at a local seafood restaurant. 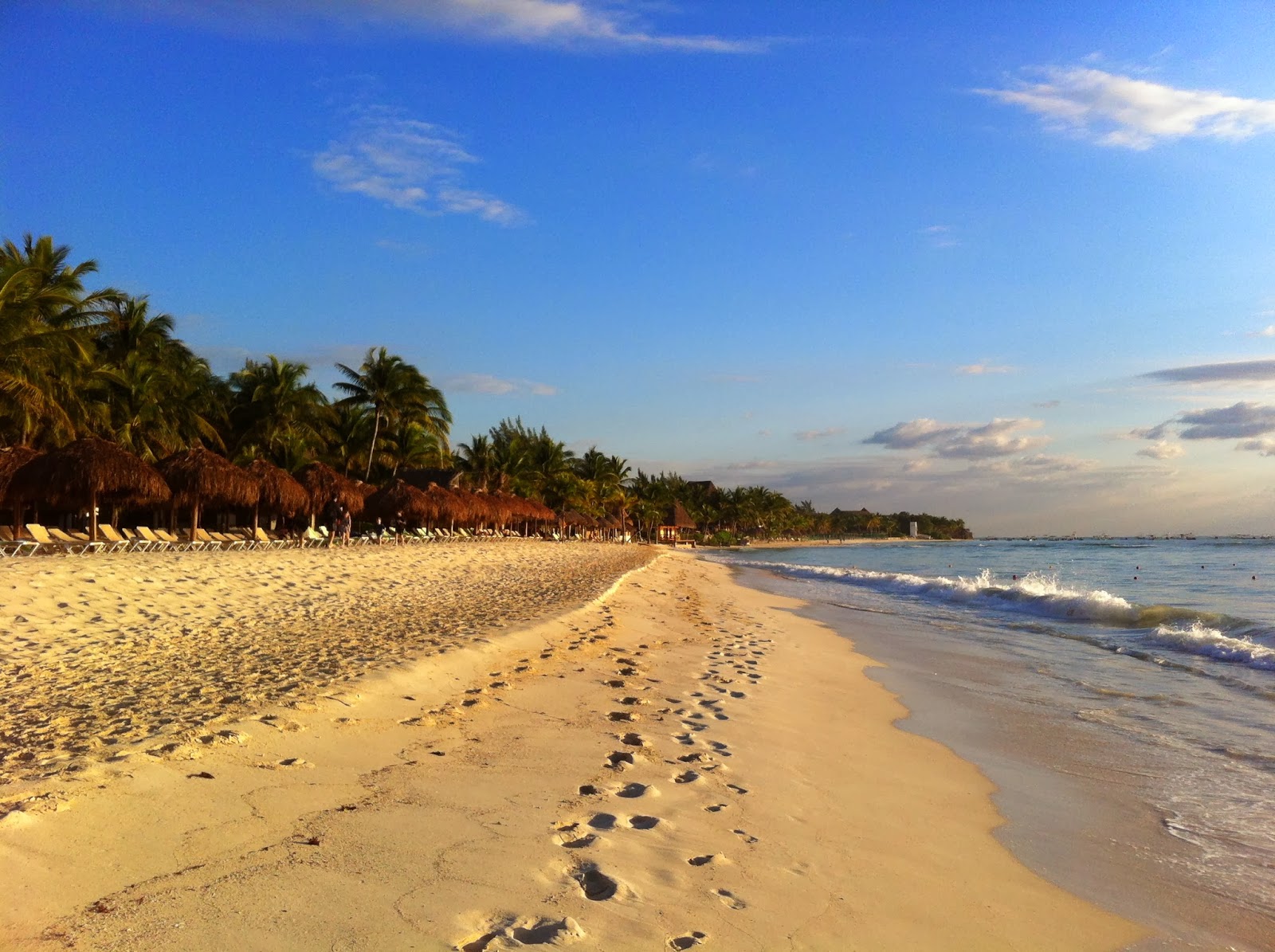 The next day, our last in Playa before joining our Intrepid group, we took our morning stroll on the beach, went back in the afternoon for a dip, and said goodbye to Cheryl and John.  Like the nomads we’ll be for the next six weeks, we strapped all our belongings on our backs and walked to the Cocodrilo Hotel, somewhat unsure of what awaited us but anxious to find out!
Posted by Jean-Paul Arsenault at 14:05 No comments: